What is Luck and Its Significance in Our Life? 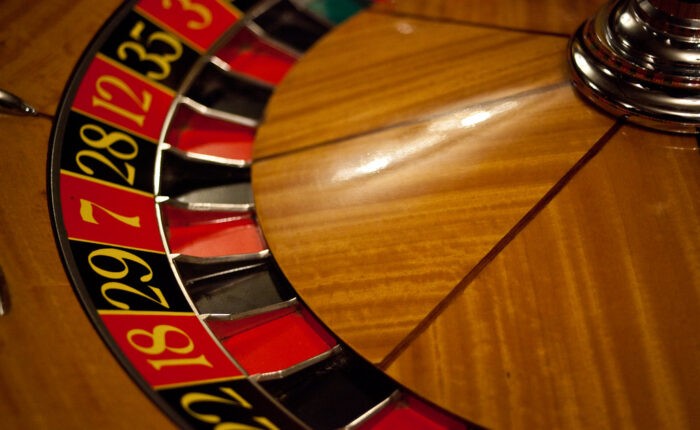 Synonyms of luck are advantage, blessing, fluke, fortunateness, godsend, good luck, kismet, windfall etc. It is believed that luck is a derivation of the Sanskrit word “Lakshmi”. She is the original “Lady Luck” – a Hindu Devi of Money & Fortune.

In a natal horoscope, the 9th house is relevant for fortune or luck. It is believed that propitiation of the deity represented by the 9th lord helps in the enhancement of fortune. Luck denotes anything that one gets by “chance”. We always talk of “good luck” or “bad luck”. In Hindi, the equivalent word for Luck is “Bhagya”. The other equivalents of “Bhagya” maybe fate and destiny. But, we never say good fate or bad fate. Destiny is also not used in that way. Therefore, a feeling of fluke or fortunateness is always associated with luck.

There is a good discussion on luck available in Wikipedia. It defines luck as follows:-

“Luck is a way of understanding a personal chance event. Luck has three aspects that make it distinct from chance or probability

“Luck” is generally used as a matter of chance. For example, if a person wins in a lottery, he is considered to be lucky. If the captain of the cricket team wins the toss, he may be considered lucky. Losing toss is never considered lucky but sometimes it proves otherwise.

There is an elaborate system of spiritual practices which people follow for seeking Divine Grace. The second name of divine grace is luck.

Views about luck in Christianity and Islam:-

“Christianity and Islam believe in the will of a supreme being rather than luck as the primary influence in future events. The degrees of this Divine Providence vary greatly from one person to another.”

The Hindu view of luck is different. In Hinduism, every living being has a soul and according to the Bhagwat Gita, this soul never dies. It reincarnates and takes rebirth. While living in one birth, the soul indulges in good and bad karmas (deeds). The reincarnation of the soul in the subsequent birth is determined by the quality and load of karmas of his previous birth. The following quote from Mahabharata is relevant:-

“Man is the dispenser of his own destiny. The actions done in a former life are seen to produce fruits in this. The soul is born again with its accumulated load of karma. By performing only virtuous actions it attains to the state of the celestials. By a combination of good and bad actions, it acquires the state of human beings. By indulgence in sensuality and similar vices, it is born among the lower animals.”

Both, of these births, are births in the human race. But, there is a big difference between the two. Therefore, Lord Krishna says that the karmas of the previous births reflect the fate, destiny or luck of the individual in the subsequent births.

The Main Ideology of Hinduism:-

The salvation of the soul is the main theme in Hinduism. The main goal of the individual is to obtain Mukti or Moksha. If a soul becomes free from the misery of taking rebirth, then it is considered a lucky soul. Lord Krishna has counselled Arjun in Bhagwat Gita about the necessity of salvation and he also showed the path for attaining salvation. Some translations of the relevant verses from chapter VI is given below:-

“By virtue of the divine consciousness of the previous life, he automatically becomes attracted to the yogic principles- even without seeking them. Such an inquisitive transcendentalist stands always above the ritualistic principles of the scriptures.” (Verse 44)

“And when the yogi engages himself with sincere endeavour in making further progress, being washed of all contaminations, then ultimately, achieving perfection after many, many births of practise, he attains the supreme goal.” (Verse 45)

These quotes from the Bhagwat Gita tell us that efforts are necessary for the betterment of luck. The 9th house of horoscope stands not only for luck but also for pious deeds, spiritual practices and dharma. Many people say that man is the architect of his own destiny and the three verses of Bhagwat Gita given above also give a message of continuing effort.

If a person gets something by chance, it may just be a fructification of some past deeds of previous lives. Gifts, inheritance, lotteries and similar gains can be explained as methods of such fructification. Losses, debts and miseries maybe because of Rinanu-Bandhan (debts of past life).

In astrological readings, when we say that worship of deities associated with the 9th house can help in enhancing fortune, we mean that it helps in drawing good luck from the accumulated karma of an individual. It should be an endeavour of everybody to keep on accumulating good deeds so that one can seek divine help from time to time. The philosophy of doing an effort for the enhancement of good luck remains always true.

Lord Krishna in the Mahabharata said the following words which are quite relevant.

“Destiny and human effort depend upon each other. The high-minded perform good and great deeds. It is only eunuchs who worship fate.” (Mahabharata, XII. 139. 81)

The same message gets reflected in the following quote.

“All of us have bad luck and good luck. The man who persists through the bad luck – who keeps right on going – is the man who is there when the good luck comes – and is ready to receive it.” (Robert Collier)