Why Do We Do Puja? 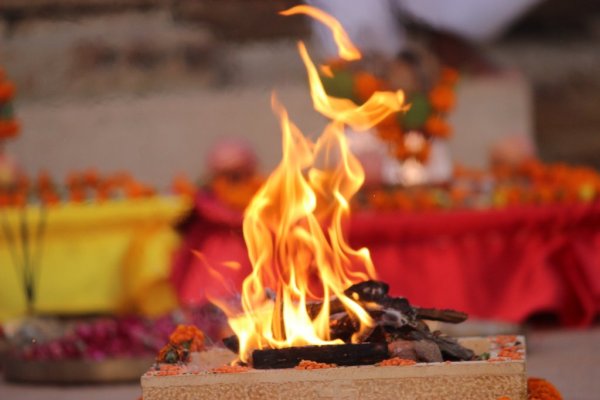 February 6, 2022 Anand Sagar Pathak 0
Categories : Spirituality
Tags : Who so we perform pujaWhy do we worship?

This system is visible in today’s world. Almost all religions except Hinduism evolved during the last 2,600 years. Hinduism is the oldest religion in the world and its history is about 4,000 years long but Hinduism also developed after the 1st agricultural revolution which took place about 10,000 years ago and the intervening period was the Vedic period in India during which such Puja systems had not taken roots.

In order to understand the purpose of Puja, we will have to go back to the early stages of human civilizations when man was a jungle dweller and without shelter, because, the system of reverence to some unknown power started emerging in that period. This will define the causes also which drive human beings to perform Puja.

a) The Puja system emerged to get the protection of unknown powers, from natural calamities, hazards and disasters in the early period:

In the initial stages, the man was a food gatherer, hunter, fisher and shelter-less living in the jungle in small groups. There was no concept of God in that period. The small groups of people lived in isolation. However, they saw the impact of the natural calamity on their lives. They experienced the impact of wildfires, thunderbolts, storms, heavy rains, floods, earthquakes, volcanic eruptions and they began fearing such phenomena.

In order to protect themselves from such events, they must have visualized the role of an unknown superpower and started showing reverence to such powers. This culminated in the Vedic period in ancient India when an elaborate system of worship of Fire God (Agni Dev), Wind God (Vayu Dev), Water God (Varun Dev), Sun God (Surya Dev), Thunderbolt God (Indra dev) began.

b) The rise of Sakam Puja (worship with the expectation of reward):

The system of worship was designed to please a particular deity for obtaining some blessings and rewards. This Puja is for the fulfilment of human desires, wants, freedom from sufferings, for off-springs, for marriage, rise in status and position, for health, wealth, and other desires.

The ancient kings organized “Aswa-Medha Yagya” for enlarging their kingdoms and empires. According to Ramayana, even Raja Ram took recourse to this yagya and the horse of the yagya was caught by his children Lav and Kush which triggered a war between father and sons. Yagya is an elaborate system of Puja which is practised even today with a particular purpose.

However, this type of Puja is medium quality Puja, because it is done for material rewards. Lord Krishna in Shrimad Bhagwat Gita said as follows:-

c) System of Nishkam Puja (worship without attachment to expectations)

Hinduism continued to transform through the ages and became more scientific. It came to be regarded as a religion associated with the fundamental doctrine of Karma. This thought emerged during the battle of Mahabharata when Lord Krishna began counselling Arjun. The same preaching is found in Shrimad Bhagwat Gita.

According to Hindu doctrine, all beings have souls and there is a process of reincarnation after death. These souls are arranged in a hierarchy. The fundamental point is to move upward in the hierarchy and then escape from the eternal cycle of birth and death through the union with the Brahma. The principle of reincarnation of the soul is the cornerstone of Hinduism and every soul should try to attain salvation (Nirvana, Mukti, Moksha) through spiritual practices. This should be the supreme purpose behind Puja.

For this Lord Krishna showed the paths of “Karma Yoga” (adherence to duty while remaining detached from reward), “Gyan Yoga” (knowledge of the absolute) and “Bhakti Yoga” (spiritual practice of fostering loving devotion to God). Lord Krishna said in Bhagwat Gita:-

Translation: From the highest planet in the material world down to the lowest, all are places of misery wherein repeated birth and death take place. But one, who attains to My abode, O son of Kunti, never takes birth again.

Sadgurus (ascendant masters) are incarnations of God himself who live amidst us to guide us in our endeavour to reach to God. Lord Krishna in Bhagwat said that “Saints are incarnations of God”. Sadgurus are known by different names in different religions. Hindus call them “Paramhansa” Muslims call them “Qutub” and Christians call them “the ascendant masters”. They have incarnated in almost all religions. Some prominent names are “Jesus Christ”, “Moses”, “Gautum Buddha”, “Lord Mahavir”, “Aadi Sankaracharya”, and “Prophet Mohammad”. The most recent incarnations of Sadgurus go by the name of “Ram Krishna Paramhansa”, Shri Sai Nath of Shirdi”, “Guru Nanak” etc.

The Sadguru guides his disciple to attain God for which Guru Bhakti (devotion to Guru) is the most important requirement. Therefore, the disciples are duty-bound to keep their Guru in high reverence.

The life of the modern man has become very complex. He cannot follow the elaborate Puja systems and rituals followed by his ancestors. There is a shortage of time and in these difficult moments; the only recourse left to human beings is to keep faith in Sadguru who guides them to spiritual betterment. Hence, worship of Sadguru is the most important Puja in today’s world.