How to control the mind? 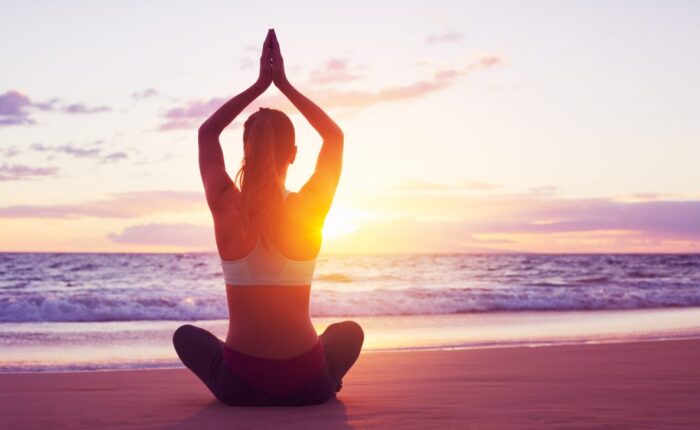 As per “The Yogavasishtha of Valmiki” (Interpreted by Kuldip K Dhiman), Lord Rama, still in his teenage started falling into a state of mental depression after observing the state of human sufferings all around. Maharishi Vashishtha was approached to pull him out of the state of depression. The Maharishi narrated a story for clearing Rama’s confusion and to teach him how to control the mind.

In the story, ‘Chittopakhyana’ from the Yogavasishtha, Vashishtha tells Rama an allegoric tale about a dark and dangerous forest where he saw a demon wandering. The demon was gigantic, with hundreds of eyes and hands. His behaviour was that of a mad man. Through his numerous eyes, he would see many things in the forest and would run hither and thither to get hold of them. If he failed to get what he desired, he would beat his body wildly. Fearful of own himself, he would retire to a dense corner of the forest where there were thorny bushes. Sometimes he would retire to a banana grove. In neither place was he peaceful. He would get bored and begin to scream wildly. One day, when his anguish was too much to bear, he jumped into a deep well, not knowing that it was full of poisonous creatures.

He began to live in the well. At daybreak, he would emerge from it and roam about in the pleasant surroundings of the forest, but would soon become bored.

‘Whenever I came across him,’ Vashishtha said, ‘he would change direction, but one day I managed to confront him. I looked him in the eye, and soon his demoniac body began to disappear. He then entered my heart and became quiet and peaceful. I met several such demons in the forest and quietened them merely by looking at them, but those who avoided me, are still miserable.’

After listening to the strange story, Rama asks Vashishtha where was the forest he described, and who the demon was. Vashishtha replies, ‘The forest is this world, and the demon is the mind. The hundreds of hands and eyes that he has are nothing but desires (vasanas). The dark well is the household. The thorny bushes are hell, and the banana grove is heaven. I am the wisdom (Viveka). When I look at the mind it becomes quiet. Through contemplation and wisdom, the mind becomes quiet, and the person attains supreme bliss.’

This story not only captures the nature of the mind but also hints at how it can be quietened. Nothing has to be done to quieten it except understanding its nature and being aware of its activities. The mind is like a servant who misbehaves when the master is away.

The characteristics of the mind:

The mind which reflects Consciousness is of two kinds, the ahankara (ego) and the Antahkarana (inner equipment). Here, the ego does not mean pride but refers to the ‘I’ notion. The inner equipment has three types of thoughts – the mind, intellect and memory.

Different thoughts arise in the inner equipment. The ego identifies with them and we say ‘I doubt’ or ‘I remember. The ego owns the thoughts and attributes them to the Self. When the mind is bad, we say ‘I am a sinner’. When the mind is good, we say, ‘I am good’. The Self is neither a sinner nor a saint. It does not get sullied by the vulgarities nor divinised by the purity of the mind. It remains ever immaculate.

As per Yogavasishtha, anything other than Brahman or absolute consciousness falls in the domain of the mind. In its view, the mind, intellect, ego, emotion, life force, body and entire cosmos, including space and time, are mind.

The entire world is created by the mind; the heavenly bodies are the mind; The sky is the mind, the earth is the mind, and the wind is also the mind. If the mind does not illuminate the heavenly bodies, there will be no light, even after the Sun has risen. Just as all the activities of the world begin after the Sun rises; The world comes into existence in the light of the mind.

Vashishtha says that the mind is neither gross nor subtle; it is both. On the one hand, it is associated with supreme consciousness and, on the other hand, with the phenomenal world. It arises between truth and untruth, grossness and consciousness. The existence of the mind is nothing more than a name. Just as the void is both subtle and gross, the mind is neither subtle nor gross but pervades everything like space.

Vashishtha says that “Out of ignorance, the mind arises from Brahman, the ultimate power, just as a wave rises from the ocean. For the learned, the mind is nothing but Brahman; As they know that the wave is no different from water. Mind is just will, and the nature of will is to pulsate; from pulsation arise actions and the consequences that follow. Where there is a will, there is the mind, and that is how it is sustained; it is not possible to differentiate between the will and the mind.

Since the mind grows out of the vibration of the supreme self. It is highly mercurial. It keeps fluctuating like a barometer. If we identify ourselves with the volatile mind, we are bound to be in a perpetual state of unrest. If someone asks why the mind pulsates, all that can be said is that this is the very property of the mind. If it does not pulsate, it would not be mind.

Vashishtha says that pulsation of the mind is called ignorance, and we must end this ignorance by contemplating our real nature.

Although the mind is an illusion, Maya, is a dynamic kind of illusion. It is important to understand that it is an illusion because it affects our lives and makes us perform all sorts of actions.

The mind is an illusion, and the world it creates is also an illusion because something real cannot emerge from an illusion. The myth survives the way dreams survive, as long as the person is asleep (ignorant of the self).

Thus, the mind is the cause of all experience, as it is the mind that cognizes the external world, as well as internal feelings. Whatever is experienced in the light of the mind alone is called cognition ‘pratyaksha’.

In all joys and sorrows and in the creation of various objects; The mind alone is the doer and the enjoyer; the mind is the man indeed. Lemon and sugarcane are neither bitter nor sweet, nor the moon cools and fire hot; Whatever is imagined in whatever manner, it is experienced likewise by the mind. The mind makes a white thing appear black and a black thing appear white. If the mind is engaged elsewhere, the tongue does not experience the taste of well-chewed food. What the mind sees alone is seen, what is not seen by it is not seen; The sense organs create them accordingly, as one sees forms in the dark.

Since time is also created by the mind, it is not absolute. For example, it is a common experience that when we are in misery, time moves slowly, and when we are happy it passes quickly, Vashishtha says that it is only because of mind that a single night appeared to be twelve years long for King Harishchandra, and an entire age passed in a moment for King Indradhyumna.

All this enjoyment or suffering is experienced because we forget our true blissful nature and identify ourselves with the mind-body complex. If an actor from a rich family, who is playing the role of a beggar, identifies himself with the character of the beggar, he takes the sufferings of the beggar as his own. He is then as miserable as a real beggar, although his sufferings have risen out of the forgetfulness of his true self.

Although the senses operate because of the mind, and the mind needs the senses to cognize, the mind is independent of the senses, as it is the mind that creates the senses.

A strange trait of the mind is that if it does not get the object of desire, it becomes miserable, and if it gets the object of its desire, it gets bored with it and later miserable. It wants to get rid of what it worked so hard to get and begins to look for something else. Because of this, the mind is always fluctuating, always unsatisfied. It fluctuates because it desires something all the time.