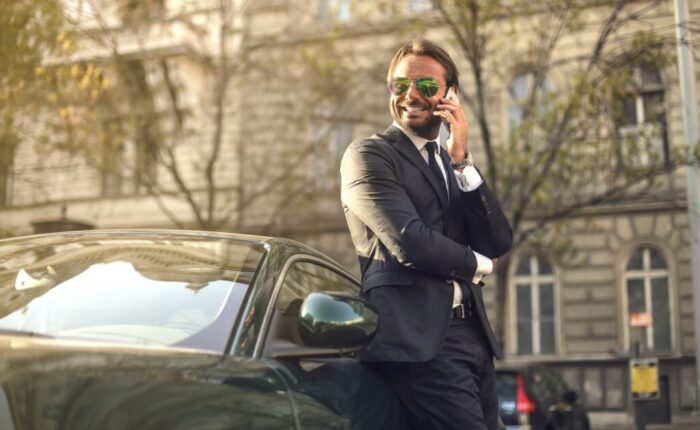 Rajya yogas are benefic yogas that helps the native achieve exalted positions in their life and career. Astrological tests gave tremendous importance to Rajya yogas. Even though kings do not exist nowadays still a promised Rajya yoga can give dignified status in business, profession or government services. It can also grant ranks of ministers to the native. The native can achieve great professional and social status if there are good Rajya yogas in his horoscope.

3. Even a single planet, even if he be in debilitation, is capable of making a person equal to a king. If not being posited in evil houses (sixth house, eighth house or twelfth house) or combust and be possessed of brilliant rays and be in retrograde motion. If three or more such planets are so disposed, the native becomes a king. If there are many planets posited in auspicious houses and Navamsa, the native will become a king endowed with the insignias of royalty such as the crown, umbrella and waving chowries.

4. The native belonging to the royal family becomes victorious everywhere if at his birth two or more planets are endowed with Digbala.

Should there be five such planets (excepting Saturn) or at least four planets possessing Digbala, even the person born in an ordinary family becomes a king.

5. When the Lagna and the Moon both are in Vargottama Navamsa and when the Lagna be aspected by four planets other than the Moon, the person belonging even to a low family becomes a king.

7. When at birth the Moon is brilliant with white lustre and is aspected by planet disposed of in his own sign or his sign of exaltation, even the person whose legitimacy is questionable, will become a king. When the full Moon is placed in Kendra other than the Lagna the native will become a king owning elephants and houses.

8. When at birth Venus is placed in Ashwini Nakshatra occupies the Lagna and is aspected by three planets, the person concerned becomes a powerful king capable of overcoming his enemies.

When the lord of Lagna is powerful and occupies the second house with Venus in a sign which is not his sign of debilitation nor an enemy’s sign, the person concerned with become a king.

9. Should Mars be in Aries or Sagittarius identical with the Lagna and be aspected by a friendly planet, the person concerned becomes a king.

Should the lord of the ninth house be in the tenth house and vice versa, the person born becomes a king who is extolled by all. This is a very powerful Rajya yoga.

10. Should the Sun in conjunction with the Moon be posited in the middle of Sagittarius. If Saturn occupies the Lagna and a very powerful Mars be in his sign of exaltation, the native will become an extremely valorous king who will be offered salutations out of fear by his enemies from a distance.

11. If the Moon brilliant with disc resembling nectar and lotus stalk in colour (i.e., the full Moon) occupies a Navamsa owned by the Sun and benefics unassociated with malefics occupy Kendra, the person born will become a king owning many elephants.

12. Should the Moon be brilliant and as white as milk or conch (i.e., full) and three other planets not being in depression sign or Vargas, be in their own Navamsa and be receiving the aspect of benefics, the person born becomes lord of the Earth (king) and Vanquishes his enemies.

13. Should the Moon having attained Vargottam be aspected by a strong planet and no malefic be posited in the Lagna the person will become emperor and possess a well-formed body.

14. When Jupiter, Mercury and Venus or the Moon are posited in the ninth house with brilliant rays uneclipsed and are also aspected by or associated with friendly planets, the person born will become a great king and will be worshipped by his subjects like a deity.

15. Should Jupiter and Venus be in Meena, Saturn is exalted, the full Moon is aspected by Mars and the Sun be in Aries identical with the Lagna, the native concerned will become a king owning a vast army by whose marching so much dust in raised that Sun becomes invisible and as a consequence, the lotus flowers begin to contract under the impression that the Sun has set.

16. (a) The birth is at night (b) the Moon be in Cancer identical with the tenth house, (c) benefics being in debilitation or inimical signs be posited in the third, sixth and eleventh houses or be in deep exaltation or be all posited in kendras uneclipsed. When the native has such a disposition of planets at birth, he becomes, a great king ruling the three worlds under one umbrella.

17. If the full Moon is in Vargottam Navamsa, the person born becomes a powerful King of the Earth and is highly renowned. He will possess an army with horses, the dust raised by whose hoofs overshadows the light of the Sun and it resembles that of the Moon in the morning.

18. Should Jupiter and the Moon be in Kendra aspected by Venus with no planet in his sign of debilitation, the person born becomes king with unequalled fame.

19. If at birth the Moon is in a watery sign and Navamsa identical with Lagna and also be in his own or benefic Varga, with no malefics in Kendra, the native becomes a King owning many elephants.

20. Five Rajya Yogas are described below: –

(a) If Venus is aspected by Jupiter a person born in a royal family becomes a King.

(b) If Jupiter occupies a sign other than Capricorn identical with Lagna, the native becomes a King with many elephants under his charges.

(c) A King will be born if in a nativity the lord of the Lagna vested with full strength occupies a Kendra.

(d) If at birth Mercury with full strength is posited in Kendra and is aspected by Jupiter, the native becomes so influential that the Kings act according to his advice.

21. Two Rajya Yogas are described below: –

22. There are again two Rajya Yogas as described below: –

(a) Should the Moon with full rays be in Pisces aspected by a friendly planet, the native will become a king with a pre-eminent position and delighting the world.

(b) Should the Moon be full and be in his sign of exaltation the native will become a very generous, charitable and praiseworthy King.

23. Should the Moon be in the Navamsa of an Adhimitra aspected fully by Venus. The native will become a very wealthy King.

24. The following are four Rajya yogas declared by those versed in the science of Astrology: –

(a) Malefics posited in the third house, sixth house and the eleventh house counted from the house occupied by the lord of Lagna, Moon or from the Lagna.

(b) The Sun and Venus are located together in the fourth house.

(c) Mars, Saturn and Jupiter be placed respectively in the tenth house, eleventh house and the Lagna.

28. If a planet is in its sign of debilitation, and is aspected by the lord of that sign, the debilitation gets cancelled and by the Neech Bhanga Rajya yoga so formed the native becomes a ruler of the earth and will become famous. If in the above yoga if the planet is placed in an auspicious case still better effects may be expected.

29. When the planet is posited in his sign of debilitation, if the lord of the sign so occupied or the lord of the planet’s exaltation sign is in a Kendra position with reference to the Lagna or the Moon, the person so born will become very wealthy emperor. He will perform virtuous actions and will be very powerful, famous and affluent.

30. If a planet is in his sign of debilitation be in a Kendra position with reference to the Moon or the Lagna, the debilitation gets cancelled and the Neech Bhanga Rajya yoga so formed will produce an emperor revered by other Kings.

Based on the discussions above there can be five different types of Neech Bhanga Rajya yoga described below: –

(a) The lord of the debilitation sign or the planet that is exalted in the sign, or in a Kendra position from the Lagna or the Moon.

(e) The planet in his sign of debilitation is in Kendra with reference to the Lagna or the Moon.