The Importance of Goddess 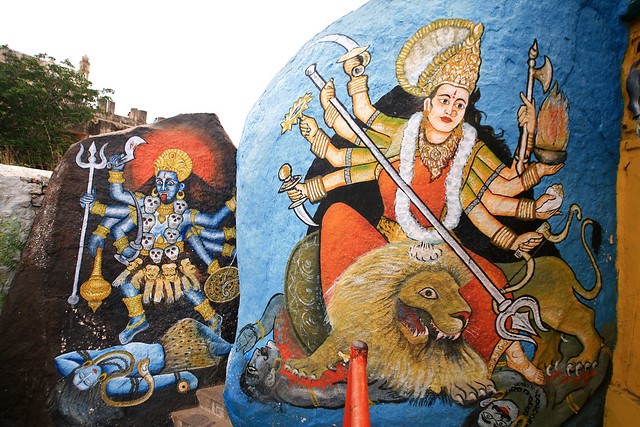 In a story in Devi Bhagwat, Narada Muni was wondering who does Lord Brahma, Lord Vishnu and Lord Maheshwar (Lord Shiva) worship. He asked Lord Shiva about this. He said to Lord Shiva that I do not see any other God bigger than three of you. Then whom do you worship and why?

Lord Shiva further said that people have doubts about who this goddess is? Whether she is even greater than Para-brahman. Shrimad Devi Bhagwat clarifies this by the answer given by The Goddess herself to Lord Brahma. She said I am the only reality, and that reality is truth. I am the truth. I am neither male nor female, nor do I represent anything which is male or female. Also, there is nothing in which I do not exist. I am present in every physical thing and body in the form of shakti (inherent energy).

In Devi Bhagwat Purana. Lord Vishnu admits that even he is not free. He just obeys the Goddess. If Lord Brahma creates, Lord Vishnu sustains and Lord Shiva destroys, they merely act as instruments. Goddess is the real energy behind all the acts of creation, sustenance and destruction.

Even if we examine this scientifically, we can see this truth. Without, energy and power no one can exist. Entire life and life forms will remain lifeless without energy. Hence, the entire creation is nothing but the manifestation of the Supreme Goddess. In the physical and perishable world, the life force which sustains everything is the Goddess herself.