The Daily Journey of Mind as per Mandukya Upanishad 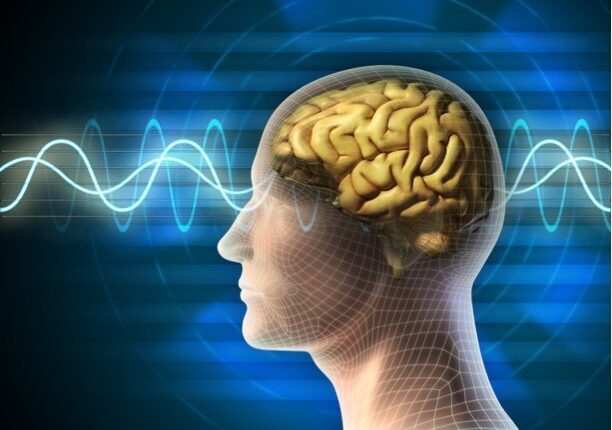 In the “Mandukya Upanishad,” the daily journey of mind in the 24 hours available to man has been analysed. The journey of the mind through three stages daily is experienced by everyone. But, the fourth state of the mind is very difficult to obtain. The details of the four stages are given below as commented by Swami Chinmayananda.

The first quarter (pada) is Vaisvanara whose sphere of activity is the waking state, who is conscious of the external world of objects, who has seven limbs and nineteen mouths and who enjoys the gross object of the world.

In the ‘Ashtavakra Gita,’ it is said. The sense of ‘doership’ is the arrogant ego expressing in all our perceptions, feelings and thoughts as ‘I see’, ‘I hear’, ‘I feel’, ‘I think’ and so on, these false attitudes arise out of our identifications with our eyes, ears, mind and intellect. Seeing, hearing, feeling and thinking are really the functions of the eyes, ears, mind and intellect.

The only remedy is to de-hypnotise ourselves by consciously maintaining the wisdom ‘I am not the doer’. This is to be constantly maintained with ardent faith. This mental assertion is a specific cure for the poison of ego.

In the fourth mantra of the Mandukya Upanishad. The second state of mind has been examined. “The second quarter (pada) is Taijasa whose sphere of activity is the dream state, who is conscious of the internal world of objects, who has seven limbs and nineteen mouths and who enjoys the subtle objects of the mental world.”

While dreaming, though the dream is perfectly real to the dreamer, in fact, we all know that the dream world is nothing but a mental creation of the dreamer himself. During the waking state, while experiencing the world of sense objects, the mind gathers impressions and during the dream, one part of the dreamer’s mind observes the impression chart in another portion of his own mind! The dreamer or the Taijasa, therefore, enjoys the subtle world of objects because he is conscious only of the inner world. Thus, Taijasa has for its sphere of activity the world of dreams.

In the fifth mantra of the Mandukya Upanishad. The state of mind in deep sleep has been examined.

That is the state of deep sleep wherein the sleeper does not desire any objects nor does he see any dream. The third quarter (pada) is the ‘Prajna’ whose sphere is deep sleep, in whom all (experiences) become unified or undifferentiated.

Our knowledge of the world is only a sum total of our perceptions gathered from the views we gain through the five apertures in the walls of our body edifice! All that we know of the world of objects is the sum total of the reports gained by us through our sense organs. Sleep is a condition wherein the mind and intellect retire and, therefore, it is in a state of living in which all these apertures are also closed down!

The awareness in the deep sleep state, is a homogenous mass of pure Consciousness, illuminating nothing, in particular, except the one single idea, ‘I do not know’. This state of affairs is described in Vedanta as ‘avidya’ and hence, the Vedantins say, in their language, that in the deep sleep state, the Self is identifying Itself with the causal body or avidya.

In the seventh mantra of the Mandukya Upanishad. The Turiya state of mind has been examined in detail. This state of mind is difficult to obtain by everybody. Self cannot be comprehended by the mind. The mind can comprehend that which is reported to it through any one or more of the sense organs. In order that it may be perceived by the sense organs, the Self must be any one of the five sense objects. Sense organs of eyes, ears, nose, tongue and skin can perceive only their respective objects of shape, sound, smell, taste and touch. Since the Self is not a sense object and since it has no relationship with anything else, it can never be comprehended by the mind.

Looking at darkness is not seeing light. On the other hand, Turiya is a state of eternal and continuous ‘knowing’. In this sense, Turiya and Prajna are as self-opposing and contrary to each other as light is to darkness. In the deep sleep state, we know that we do not know anything. In Turiya, it is a condition of knowledge where we know continuously that we know everything. Turiya is pure knowledge and as such it’s very essential nature is knowing.

The sleeper is conditioned by the state of sleep which is characterised by the absence of the knowledge of Reality and in ignorance, we have the cause for the cognition of the plurality. In the case of Turiya, it being ‘an ever-all-seeing factor’, there is no absence of the knowledge of Reality and, therefore, the condition of sleep is not in the state of Turiya.

The blissful moments of Selfhood are moments of dynamic knowing, continuous and unfluttering, a state of perfect illumination, where there is no quarter for darkness to hide; it is a state of continuous, all-pervading, endless, perfect knowledge. Turiya is not a state which is antecedent or subsequent to any other state. It is pure knowledge. Turiya is Knowledge Absolute in which ignorance has no existence at all. While Turiya works at the absolute level, the waking state mind works at the worldly level described below:

The mind is an instrument by the Lord and it, by its very nature, must continuously run out to the sense objects. This is its essential function. To cleanse the mind of all its sensuousness is to expect the mind to leave its own dharma. This is impossible. Yet we, as sadhakas can keep ourselves away from our blind identification with the mind and its roaming. We may meet the man-eater prowling in the deep jungle tracts but we can avoid rushing at and embracing it. Be warned. The mind is a dangerous threat if we identify with it.

All the sense objects without any exception are bred by the mind. It goes on to create the gross things of the world outside and the subtle things within. Not only are the objects created by the mind, but the subject, the enjoyer of objects, is also created by the mind alone. We may not be in a position to accept the statement that ‘I’ and the world around me are the creations of the mind. In the dream state, the dreamer, the dream world and the dream experience are all created by the waker’s single mind. The dreamer while dreaming cannot appreciate and understand that the things around him and he himself playing as the dreamer, are created by his own mind. The waking state is in no way different from this illusory dream state.

“Unattached pure intelligence is the essence of the jiva, but the mind beguiles it and binds it with ties of body, sense organs and pranas. It causes this jiva to wander with the idea of ‘I’ and ‘mine’ in the varied experiences of ‘results’ gathered by itself.”

When the mind is predominately rajasika and tamasika, it will create superimpositions and will make a fool of the individual, for he will then, start seeing things that are not there. Such a fool is subjected to the sorrows of samsara. They are birth, growth, disease, decay and death. Nobody can escape them. He who has been deluded by his own superimpositions will have to undergo these sorrows.